Ending the pain for millions of women and teens

Whereas endometriosis is a complex hormonal and immune chronic disease causing multiple symptoms, including pain, which disrupt the lives of an estimated 89 million women and girls worldwide;

Whereas there is no known cure for endometriosis and treatments are often problematic;

Whereas lack of knowledge of the disease combined with stigma causes an average delay of ten years from onset of symptoms to diagnosis;

Whereas women, girls with endometriosis and their families have been shown to be at greater risk for 12 cancers, 7 autoimmune diseases, allergic diseases, and heart disease;

Whereas there is a great need for further awareness, education, and research on endometriosis and its related health disorders;

Whereas the Endometriosis Association is a nonprofit charity, founded in 1980, providing support for families affected by endometriosis, education about the disease, and research on the disease;

WANT TO ADD SOMETHING BESIDES A MASK TO YOUR WARDROBE? HOW ABOUT A STATEMENT…

I have endo and it matters!
Wear the Endometriosis Awareness Month ribbon or sticker that says “Ask me about endo” during March.
Click here to order ribbons, stickers and yellow brochures.
Or
Call 1(800) 992-3636 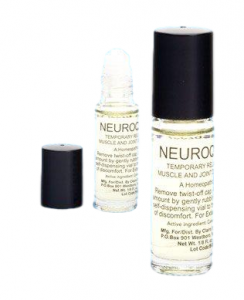 All of us with endo have searched for pain relief and often had a hard time finding it – or at least finding it without side effects or making us feel like zombies.

Claire Ellen Topicals’ lead scientist, inventor, and businessman saw this problem first-hand: his wife, daughter, and daughter-in-law all dealt with endo pain.  He was sick of seeing them curled up in the fetal position in pain or buzzed out on painkillers that didn’t let them be themselves and go about their day.

He was sure he could come up with something better and he did!  By tweaking essential oils in a way that inhibits or stops nerve pain impulses from traveling, he came up with a number of products our members have tested over the years: Menastil, ProSirona, and now Neuroquell.  For some of us, these products have provided quick relief without mind-numbing side effects.

Neuroquell comes in a 1/8 fluid oz. concentrated roll-on bottle (it’s the size of a lipstick so easy to carry with you).  (heads-up: Neuroquell  smells like peppermint, one of the oils in it, in case you have a problem with that scent).  Special price while supplies last: $19.95 (includes shipping in the continental U.S.).

Donate to end the pain